A Crosslinguistic Study of Nominalizer-final Constructions: The ‘Cogitation Process’ Approach (2013.04-2016.03) 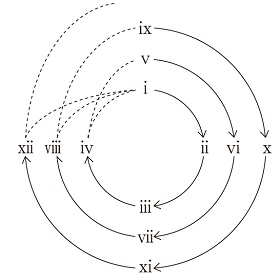 The Japanese language contains a construction that has the following structure:

In a stretch of discourse, that person may go through the four phases for the second time, and even for the third time. That is, the four phases may be repeated cyclically.
This model provides a systematic and coherent account of this construction’s various uses, such as in simplex sentences, complex sentences, and discourse.
A nominalizer-final construction, which resembles the Japanese =no=da construction, occurs in several languages of Asia, such as Amdo Tibetan, Burmese, Central Tibetan, Korean, Mongolian, Newar, and Sibe. In these languages, the nominalizer-final construction is acknowledged, but its uses have not been sufficiently investigated.
The present project mainly aims (i) to investigate the functions of this construction in these languages, and, (ii) to furnish contributions to general linguistics, particularly to discourse study.

Cross-linguistic Perspective on the Information Structure of the A ... 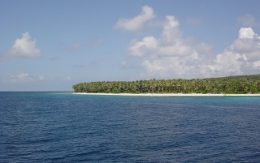 Investigation into the Possibilities and Implications of a Usage-b ...