Investigation into the Possibilities and Implications of a Usage-based Approach to Grammar (2013.04-2016.03)

This project aims to build a new descriptive and theoretical research framework that effectively captures the dynamicity of linguistic system.
In traditional descriptive and theoretical linguistic research, linguistic system (grammar) as a system of knowledge has been assumed to be independent of how language is used in actual discourse. As a result, grammar has been analyzed and modeled without much of attention to the reality of language use. Recently, however, studies especially those in the area of language change show that language use in fact shapes grammatical patterns (supposedly a reflection of grammatical knowledge), and validity of separating linguistic system from language use has been questioned.
In spoken discourse, the choice of linguistic forms is affected not only by their grammatical makeup but also by pragmatic and interactional factors. The patterns and regularities observed there do not necessarily follow expectations held in traditional research: the patterns and regularities in spoken discourse are commonly much smaller scale or fragmentary; and spoken discourse contains patterns that cannot be explained on the basis of grammatical structure.
In this project, we will explore an alternative research framework that can account for the synchronic patterns and the dynamic aspects of linguistic structure as an integral whole.

A Crosslinguistic Study of Nominalizer-final Constructions: The ‘C ... 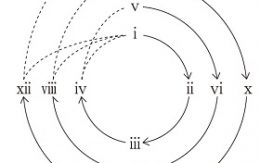