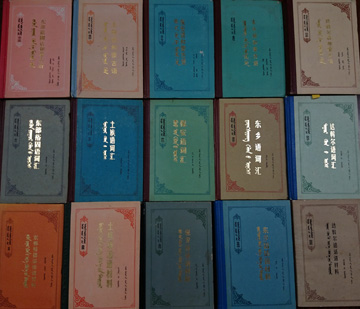 From the 1980s to the 1990s, “Mengguyuzu Yuyan Fangyan Yanjiu Congshu (Studies on Mongolic languages and dialects series),” a series of linguistic materials on Mongolic languages, was published by Inner Mongolia University (China), as a product of a linguistic fieldwork project. This series of publication consists of grammatical descriptions (reference grammar), basic vocabularies, and texts of Bonan, Santa/Dongxiang, Monguor/Tu dialects, Eastern Yugur, spoken in the Hexi Corridor region, and Dagur, in the northeastern and northwestern region of China. The aim of the present project is to construct a linguistic database out of the data from the publication (grammatical descriptions, basic vocabularies, and texts in the five languages from the publication), in which all the data are linked to one another. In addition, in this project, each member performs a re-analysis of the data in the database from their viewpoint (Khalkha Mongolian, Buryat, written Mongolian and Chinese dialects, Tibetan dialects, etc.). Through this project, we attempt to provide a more structural and concrete analysis of the grammar of these languages, considering the influence of neighboring languages such as Chinese and Tibetan dialects on phonology, morphology, and syntax as a result of language contact. 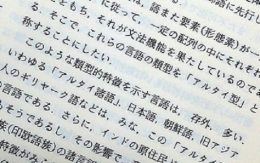 The Case-marking Systems in Ryukyuan: A Typological Survey (2015.0 ... 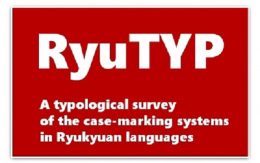