This archive is a collection of text, audio, and plots of data from four typologically diverse languages: Basque, Irish, Luganda and Xitsonga. The dataset is based on sentences collected as part of a National Science Foundation project from 2012 to 2016. This project investigated the question of just how the syntactic structure of a sentence can affect its pronunciation.

(This content is published as an outcome of Information Resources Center (IRC) Project.)

This project was featured in a topical article on the IRC website as quoted below.

This 2020 IRC project investigates the question of how the syntactic structure of a sentence can affect its pronunciation. As an outcome, we launched “Effects of Syntactic Constituency on Phonology and Phonetics of Tone” Digital Archive” in March 2021. This archive is a collection of text, audio, and plots of data from four typologically diverse languages: Basque, Xitsonga, Luganda, and Irish.

In these languages, the distribution of tone is known to be particularly revealing of the general role for syntactic constituent structure in determining the pronunciation of sentences. For example, the location of the left and/or right edges of phrase-sized constituents is indicated by tonal and other phonological phenomena (insertion of tones at phrase edges, lengthening of the penultimate vowel, etc.) Moreover, these languages are known to display phonological effects associated with a distinct, larger, clause-level type of constituent. Data from the pronunciation of sentences in these languages can thus reveal what types of syntactic phrases or syntactic clauses count as “domains” for phonology. 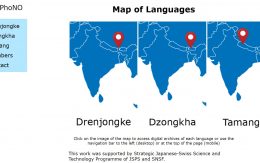 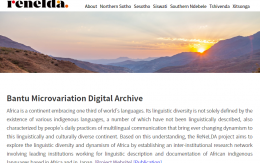